Seven Wonders of the Welding World 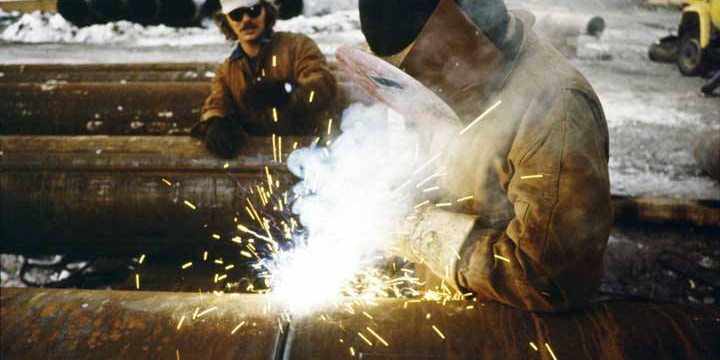 Welding is one of the most essential trades in history. Almost every industrial activity depends to a larger or a lesser extent on welding.

Present in many places and in many ways of our daily lives, a great proof of its importance is the seven wonders of the welding world we are listing below that can be found all around the USA.

The Gateway Arch is a monument in St. Louis in the U.S. state of Missouri. Clad in stainless steel and built in the form of an inverted, weighted catenary arch, it is the world’s tallest arch, the tallest man-made monument in the Western Hemisphere, and Missouri’s tallest accessible building.

It was completed in 1965 and opened to the public in 1967. According to the National Park Service (NPS) most of its stacked steel triangles were welded together onsite because they would have been too big to ship if assembled at the factory.

Its shape holds the monument together: a powerful flattened catenary arch that pushes the triangles together and shifts load to the massive concrete pads at its base. Catenary is the form a free-hanging chain takes when held at both ends.

At 800 miles long and 49 inches in diameter, the Trans-Alaska massive pipeline (1975-1978) is one of the most historic welding projects. Its construction attracted workers from all around the USA, especially from the Pipeliners Local 798 Union out of Tulsa, Oklahoma.

Thousands of welders contributed to weld it together fighting Alaska’s harsh climate and since its completion, more than 17 billion barrels of oil have flowed from the Prudhoe Bay oil field in Northern Alaska down to Valdez Bay.

The Spaceship Earth (1980-1982) is the symbolic structure of Epcot, the second of four theme parks built at the Walt Disney World Resort and is considered one of the Disney Imagineering’s most iconic structures ever built.

It was meant to symbolize the idea of bringing the world together through technology.

It took 26 months to build this 182-feet attraction, which is just seven feet less than the Cinderella Castle in Magic Kingdom, the tallest attraction at Walt Disney World.

The techniques used for welding the pieces of the giant geosphere were like those used in standard construction projects. Most of the welding was done off-site.

Designed by architect Frank Gehry in 1987, the iconic Walt Disney Concert Hall was both a devotion to the arts and an architectural masterpiece made of stainless steel.  Chicago WTTW reports Gehry based his design of this sleek, curvy concert venue on his love of sailing and some commentators have called the building a symphony in steel.

Before, during and after the construction, the metal went through extensive crucial processes. To attach it together, the steel beams were welded and bolted together.

The Vertical Assembly Centre become in 2004 the world’s largest welding tool and construction. For more than 50 years NASA has showed that the welding trade is more than capable of making the impossible possible: launching satellites into orbit, sending probes to distance planets, and even landing a man on the moon have been possible thanks to the welding advances.

This structure is used to bring together the Space Launch System – the largest and most powerful rocket ever. It will help take humans not just to the moon but to other destinations like Mars and asteroids.

During clear weather, the “whalebone” ribs of the roof retract. When it rains, they join together with the help of plate welding.

The City Creek Center, a fancy mall in Salt Lake City, was built at the peak of the Great Recession and features 700,000 foot (210.000 metres) of mixed use residential, office and retail space with the main mall itself featuring an open-air design. A pedestrian skyway links the two city blocks across Main Street.

It has won many architecture awards, including one for its welded, barrel-vaulted, retractable roof. During clear weather, the “whalebone” ribs of the roof retract. When it rains, they join with the help of plate welding.

Although it is known as ‘the bean’, the thirty-three feet high and sixty-six feet long sculpture designed by British artist Anish Kapoor Cloud Gate was inspired on liquid mercury and has become one of Chicago’s most iconic monuments. It is forged of a seamless series of highly polished stainless steel plates and was built thanks to the work of more than 100 metal fabricators, engineers, technicians and of course welders.