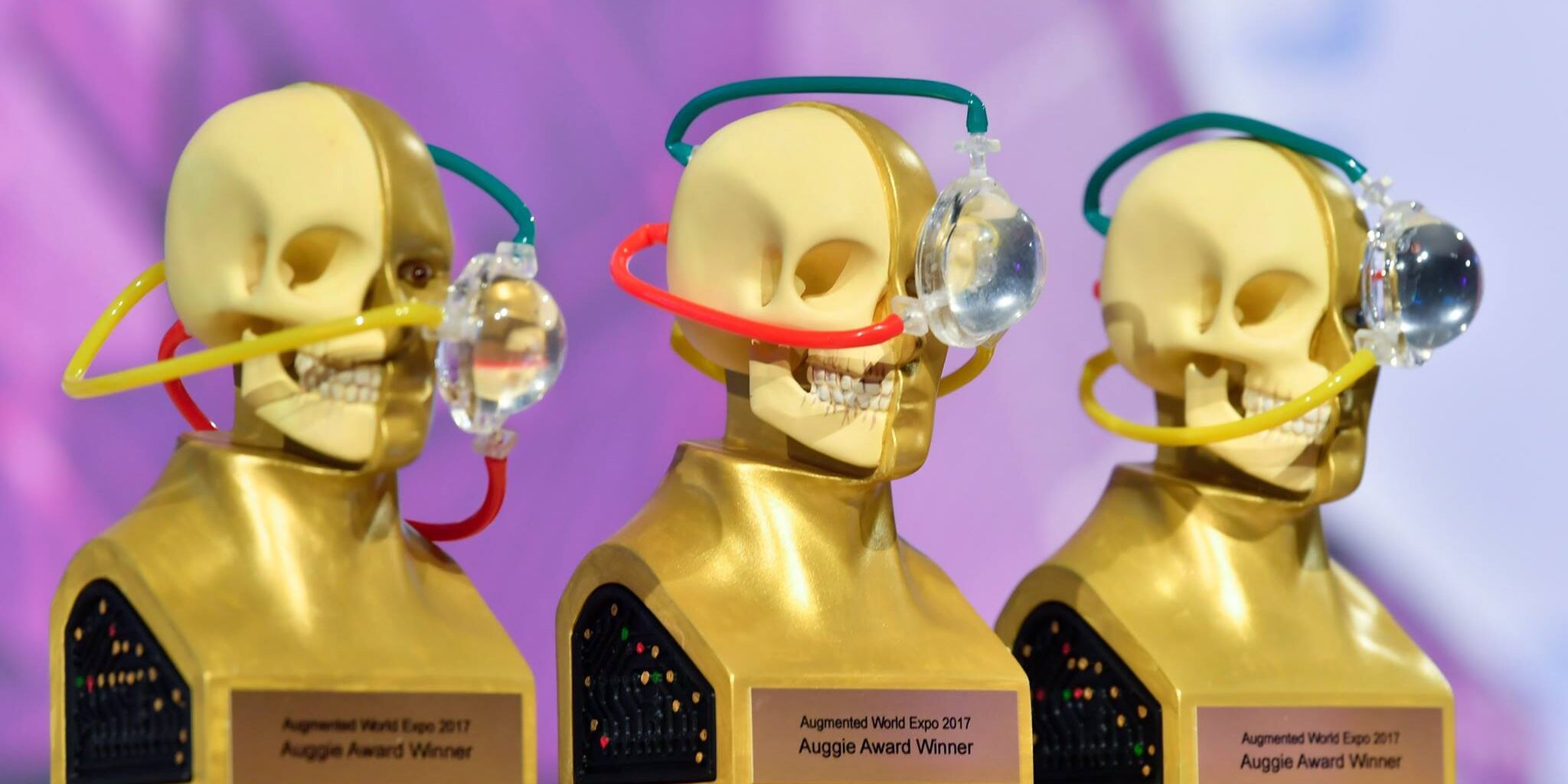 Seabery’s technology Augmented Training has been recognised with one of the Auggie Awards in the second edition of the Augmented World Expo Europe held in Munich, AWE Europe 2017.

The company received the Best-in-Show AR prize and it, like the rest of the winners, was determined by popular vote at the event based on both digital and at-event activity. The other projects awarded were EYEJACK by Sutu for its augmented reality art book, Prosthetic Reality and HoloCap, for its holographic capture system.

With more than 1,500 attendees, 100+ speakers and 90+ exhibitors, AWE Europe 2017  is the world’s largest conference and expo dedicated to Augmented and Virtual reality.

Seabery is “delighted to receive this prestigious award that recognises our work. We would like to thank all the AWE Europe 2017 team and everyone who voted us and of course congratulate the other awarded companies.’’.

Presented in three different categories, the Auggie Awards are the most recognized AR & VR industry awards since 2010, and recognize industry innovation and the exploration of new AR & VR technologies with the potential to transform enterprise, business and daily life. Under the banner “Superpowers to Change the World,” this year’s AWE Europe Auggie Awards ceremony celebrated companies and products deploying a full spectrum of AR & VR technologies designed to drive economic growth and shape the future of computing.

“We congratulate all of the winners and nominees of the Auggie Awards at AWE Europe 2017,” said the founder and executive producer of AWE, Ori Inbar. “The Auggie Awards represent those companies and individuals at the forefront of innovation in the rapidly evolving AR & VR industry, and the quality of this year’s European nominations and winners went above and beyond our expectations. We thank all of our exhibitors, sponsors, partners and participants for supporting the annual recognition of their efforts.”